By organizing the “Expert Class in Esports Management”, the Vrije Universiteit Brussel (University of Brussels - VUB) stands out and positions itself as the very first university of the Low Countries with a post-academic program for the Esports industry.

The Expert Class is a ‘next-gen’ continuing program aimed at juniors and seniors with ambitions to grow into Esports-experts. The course is provided by lecturers of the highest level, keynote speakers and influencers from the Esports industry as well as from long trendsetting countries (Denmark, Germany, The United Kingdom, Ireland and The Netherlands).

Additionally, the start of this series of master classes ‘live on campus’ within the Faculty of Physical Education and Physiotherapy (PE) and its Department of Movement and Sports Sciences (MOSS)fits perfectly in the pioneering role of the VUB in terms of Digital Innovation and Artificial Intelligence. For Esports would not exist without the power of algorithms.

The very first Esports University program of the Low Countries

Practically all of us game once in a while. A virtual game on the smartphone or a few hours playing FIFA with friends and family… You name it! In the year 2020, gaming is much more than just a digital game, it is a big business. Esports or in other words the competitive form of gaming is way more clearly and visually present than ever before. Therefore, it is high time for the Low Countries to start sharing knowledge and know-how and set up an academic network for this new sports environment.

As from the academic year 2020-2021 onwards you will get the chance to follow a brand-new and unique Expert Class in Esports Management, in short Expert Class Esports.

It will take place on the Brussels Humanities, Sciences & Engineering Campus of the University of Brussels (Campus Etterbeek – VUB) at the Faculty of Physical Education and Physiotherapy - Department of Movement and Sports Sciences.

What is the Expert Class in Esports Management?

As with sports, there is much more to Esports than just the games themselves. Besides players, many sponsors and event managers want their share, as well as technology, television and other (live-) streaming stakeholders.

The Expert Class in Esports Management primarily draws attention to a commercial and economic approach of this branch of the sports industry. During the academic year 2020-2021 the Expert Class will give every participant a unique insight in the world of Esports. For 14 Thursdays, the course will lead you alongside all possible components of Esports management. We will have a close look at each topic, from the history of gaming to organizing events, from marketing to the social aspects.

The post-graduate certificate Expert Class in Esports Managementwill be granted depending on a final paper which you will defend in front a jury on Thursday 7th of May 2021. The jury will consist of experts related to the respective topics of the paper and the organizing staff from the Expert Class Esports.

Book a personal online meeting with Jos or Thanée. Choose between 3 days a week.

What does the Expert Class in Esports Management include?

The Expert Class is composed of 5 important pillars of Esports. History, data, events, marketing and the impact on society.

1.   History: even though Esports is a rather new concept for many people, it has been alive for decades. We will give you an overview on how Esports took shape, started and where we are today.

2.   Data: in the year 2020 data mining and data understanding have been increasingly important which is no different from Esports. In this niche industry data plays an even bigger role than in other sectors since this data, and in addition also AI, gives another dimension to Esports.

3.   Events: events became the face of Esports. Big football stadiums and other venues are packed with fans in order to see the final of ‘League of Legends’ or cities such as Rotterdam and Cologne are organizing Esports fairs and congresses. It goes without saying that we will visit one of these bespoke events with our Esports Class.

4.   Marketing: as in many other sectors marketing plays an important cq decisive role. By analyzing several specific examples, we will take a look inside Esports marketing. We will tackle in depth, among others, city marketing through Esports and sponsorships in an Esports-environment.

5.   The impact on society: the social impact of Esports becomes bigger and bigger. How do parents cope with the growing success of games as ‘Fortnite’ and ‘Call of Duty’? Do games have a positive influence on our society? Also, what do Virtual Reality and Augmented Reality have to offer in the future far beyond the gaming industry?

Lecturers from practice and guest-lecturers

In order to become an expert or to continue sharpening your expertise, you obviously need to learn and share with…the experts themselves. The course invites national and international lecturers who are dealing with Esports on a daily basis and/or who developed and are still developing their professional career in this area. In a nutshell, they live and breathe Esports and by giving you examples and cases they teach participants where the industry is all about, in the world of Esports today and in the future.

You prefer a full-time program? (in dutch)
Mail Jos Verschueren

For 14 Thursdays you will dive into the world of Esports with 6 encounters before New Year and 8 after. The course starts on Thursday 8th of October 2020 and ends on Thursday 7th of May 2021 when you will have to defend your final paper. A day of class begins at 2 pm and finishes at 9 pm (in order to avoid the Brussels traffic jams). In between you will have the necessary breaks and between 6 pm and 7 pm a network lunch will be served. This is an overview of the schedule:

Presentation of the final papers 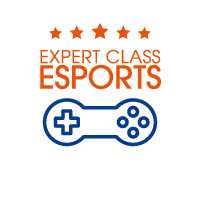 Cookie preferences
When you visit any web site, it may store or retrieve information on your browser, mostly in the form of cookies. This information might be about you, your preferences or your device and is mostly used to make the site work as you expect it to. The information does not usually directly identify you, but it can give you a more personalized web experience. Because we respect your right to privacy, you can choose not to allow some types of cookies. Click on the different category headings to find out more and change our default settings.
Only accept strict cookies
Save preferences